Infiniti showed a brace of European debuts at the 2016 Geneva motor show – led by the Q60 Red Sport coupe and the QX30 shrunken crossover.

The Red Sport premieres the company’s new 3.0-litre V6 twin-turbo engine which will be used across its range of larger cars, including the Q60 which goes on sale in summer 2016. Dubbed VR30, the bent six develops 400bhp.

The Q60 also packs the second-generation Direct Adaptive Steering, suggesting Infiniti is addressing some of the shortcomings of the v1 system.

Roland Krueger, the president of Infiniti, said: ‘2015 was a successful year for Infiniti, as we transformed our product line-up and established a sales record for the brand around the world. The three new cars, which make their European debuts here in Geneva, highlight our ongoing commitment to developing and expanding Infiniti’s product portfolio.’

The QX30 is an important car for his plans, stretching Infiniti away from its large crossover roots towards a fast-growing segment expected to account for a quarter of all car sales in Europe by the end of the decade.

Better than you might think. Although dogged by a small dealer network in the UK and a long wait for more affordable, Euro-friendly cars, Infiniti actually hit a sales record in the region of 215,250 in 2015. That’s up 16% on the year before.

Look out also for the revised Q50 range; although a model year development, it is another world debut at the 86th Geneva motor show. It shares the V6 bi-turbo engine, uprated digital steering and suspension tweaks from the Q60 two-door. 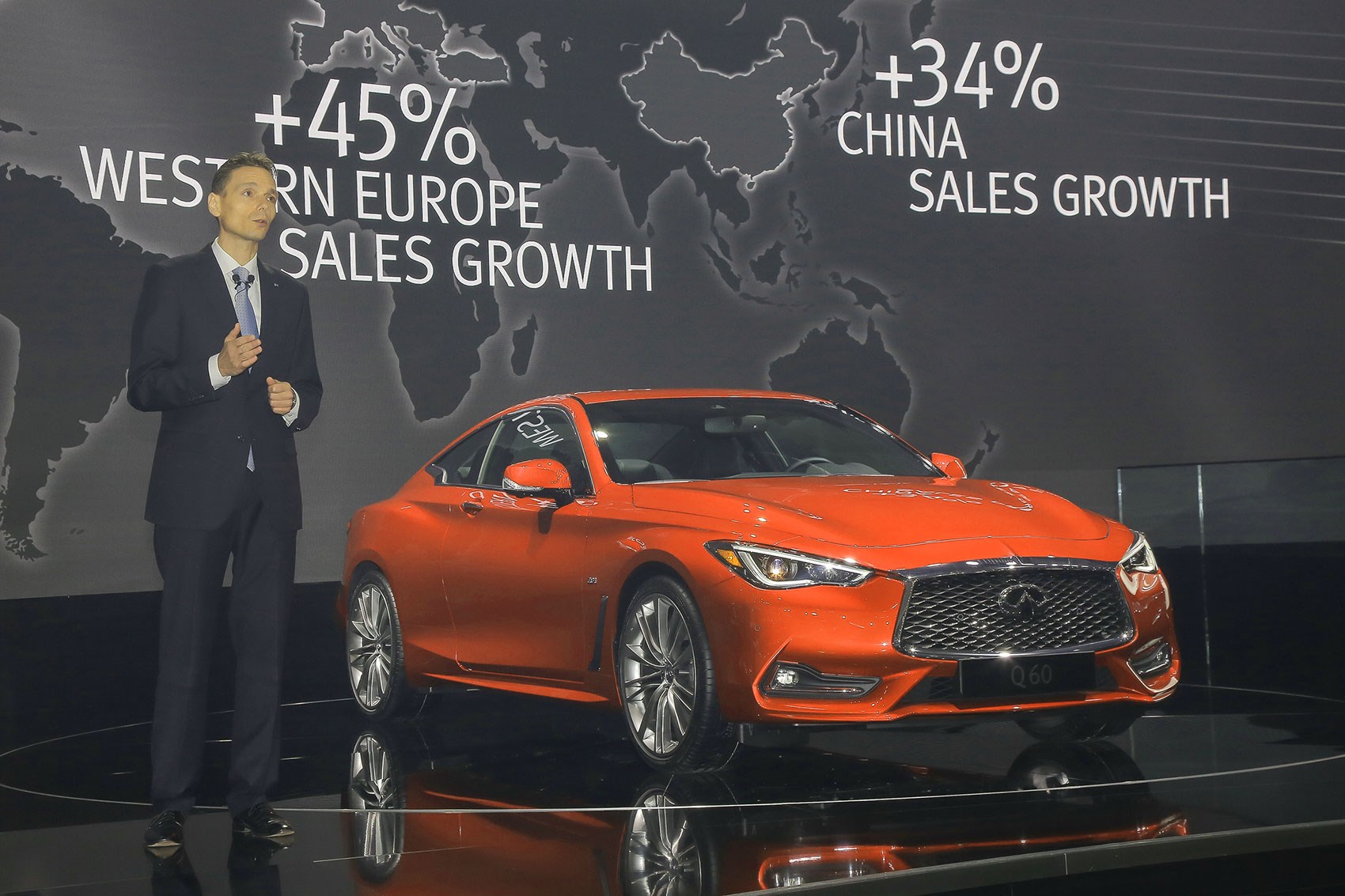 Thanks to Gordon, Andrew & Viv for helping me choose the perfect car for me… I really expected it be a long drawn out process, it was only 10 days ago I phoned to enquire and put down a deposit… I’m now home with the car and I must say… What a beauty!!!

We are committed to find you a vehicle that meets your needs and matches your budget.

From our large range online or any reputable car or van dealer.

It only takes a minute to complete a bad credit car finance application.

We guarantee you quick decisions and your information is safe.